The History Of Limousines – A Must Read! 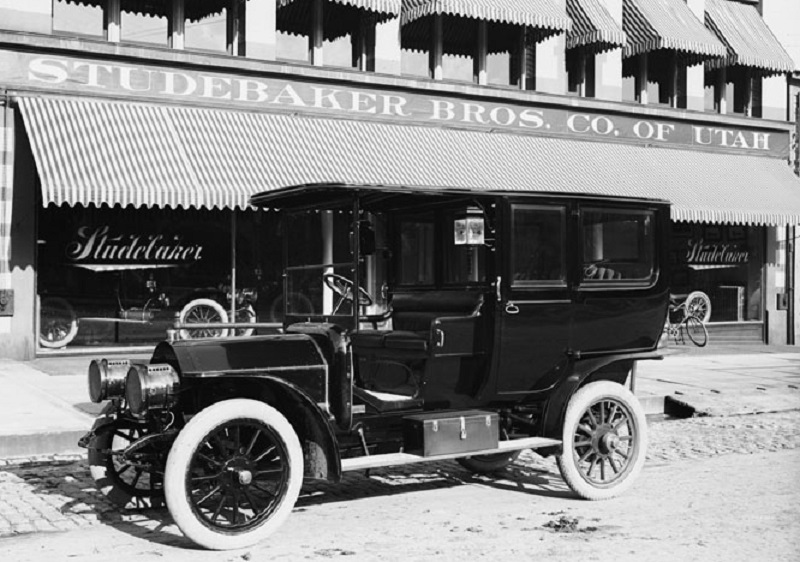 Have you ever wondered about the history of limousines? How did we go from personal vehicles to the stretch limos we see today? It’s something most of us take for granted, but limousines actually date back hundreds of years.

As you’ll see, the first limousines were a bit different from what you’re accustomed to now. From seating just a few people to over a dozen, limousines have evolved in ways their original creators probably never imagined. The best part is they’ll continue to change and become even more luxurious in years to come.

Birth Of A Name

If you’re like us, you’ve probably wondered where the word “limousine” came from. After all, why not just call it a long car? The word is derived from the French town Limoges in the Limousin region. The residents in the town often wore hooded cloaks that resembled the covered structure of early limos. It’s a stretch, but as it turns out, limousines are named after a town full of cloaked people.

History Of Limousines Tied To Wealth And Fame

Of course, there’s a little more to the story. The history of limousines dates back as far as the 1700’s when covered horse drawn carriages carried the wealthy to and from their destinations. A chauffeur was left outside the carriage, exposed to the elements. His only protection was a cloak called a limousine.

From the beginning, limousines have been tied to wealthy or famous individuals. The cost of having your own personal chauffeur, horses and a covered carriage showed everyone around how well off you were. It was another status symbol to denote one class from another.

Limousines are still associated with luxury, but they’re far more affordable and accessible than they were back in the 1700’s. Of course, renting a limo wasn’t really an option then. Now that you can buy limousines and rent them to others, costs have went due at signing with now everyone has a chance to have their day or evening of fame.

Even when the first motorized limousine was born, the driver was still forced to sit on the outside. In 1902, the limousine had two separate compartments, much like the carriages of old. The driver’s compartment was uncovered, but the passengers’ area was completely covered. This was also how the division between the two compartments began. The driver still had to deal with the elements, making it a rough job.

Until the 1920’s, limousines weren’t that large. The biggest difference limos and regular cars was the two compartments. In 1928, that all changed and the stretch limo was born. The history of limousines changed for the better when the Fort Smith, Arkansas company Armbruster decided to stretch a vehicle to better accommodate large bands and all their equipment.

Who was the first to own these new stretches? Two bands set the standard – Glen Miller and The Benny Goodman Orchestra. It wasn’t long before other bands joined the new trend. By the 1930’s people realized how useful limousines were for taking guests back and forth between airports and hotels.

Naturally, the limousine has grown since then. The spacious interior and luxury status symbol has made them the go to transportation for musicians, actors and the wealthy. In the 60’s and 70’s, limos started stretching even further with President John F. Kennedy’s 1961 Lincoln Continental which was stretched 33 inches. By 1986, it wasn’t unusual to see vehicles stretched as much as 54 inches.

The 80’s and 90’s made the previous history of limousines seem bland as limos got larger and added the amenities we all know today, such as audio, video, lighting, phones and more. Incredible features, such as a helicopter landing pad and swimming pool, were even introduced with the American Dream limo.

Continuing The History Of Limousines

The history of limousines continues with every new innovation. From horse drawn carriages seating 3-5 passengers to large stretch SUV limos seating at least 20, limos have come a long way. As businesses seek to create unique limos with mind blowing features, it seems like history is made every year. This is why it’s so important to customize your limos to ensure your passengers feel like they’re stepping into the future and not the past.

Looking to make history with your new limousine? Explore some of our customization’s to see how we can help.