Used Limo Sales Not A Dying Trend For The Foreseeable Future 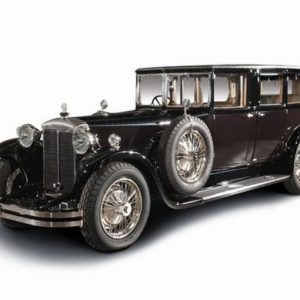 It’s been ages since the advent of the stretch limousine. Almost an entire century back in the year 1928, in Fort Smith, Arkansas, a limousine was created.  A coach company by the name Armbruster ended up hitting the world by storm. Limo cars were the new, it thing. Limousine sales used to skyrocket at the time with everyone wanting to own one. You want celebrity status? Get a limousine. You’re rich? Show it off with a limousine.
However, both limo sales and used limo sales have taken a quiet downturn compared to the past. Does this mean it is the end of an era for limo sales? Definitely not. Limo cars are still quite the status symbol when it comes to celebrities and used limos are no less in demand. Used limo sales are not a dying trend – read on to find out more.

For celebrities, the purchase and use of a limousine is still very much a rich status symbol. When they’re going to a wedding party, they’ll want to take the limo. When there’s a notable movie premiere the limo is of course a must! Celebrities are harassed by paparazzi everywhere they go; a single photo has the power to ruin their career. Thus, keeping a limousine around for traveling comes in handy – regarding the car at least, their image remains intact.
This is why there are still a considerable number of people in the upper caste who are contributing to the sales of both new and used limos. Don’t be surprised by the latter.  Used limo sales will not be dying anytime soon. They provide a more affordable option to the same classy experience.

Not Just The Upper Class

Used limousines are a lot more affordable than their latest versions which make them far more accessible to people of different financial background. The famous may be lusting after the new ones, but the old ones are bought just as well for the same status boost at a more affordable price. Limousines are roomy vehicles, and the stretch ones can hold in a huge number of people. Thus, used limo cars are a great option for big families who want to travel with just the right amount of extra style.

It’s true that the hype around the limo was greatest during the time of its founding which is why limousine sales at the time used to soar. Compared to then, sales have decreased a tad bit now. However, it’s also true that a great number of well-to-do people still prefer buying the classic vehicle over any other brand. Why? It’s still a highly reputed car and works great in upholding a celebrity’s image. Next, the used versions offer comfortable and still iconic rides at a cheaper price which makes them look far more appealing to buyers.

The now may be a lot different from back then, but one thing still remains for sure: limousines have been around for a century and they’re not going away anytime soon. Let us know what you think contacting us. American Limousine Sales.

Want to Upgrade your Fleet! We have over 50 Limous